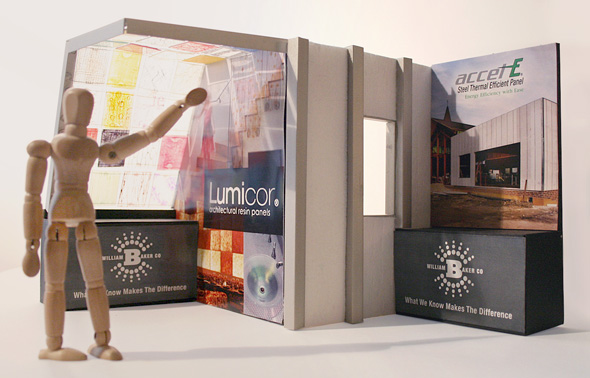 In addition to packaging, 3D Design is also a class about endowing public spaces with the same graphic consideration that we bestow upon two-dimensional surfaces, sometimes known as environmental graphic design. 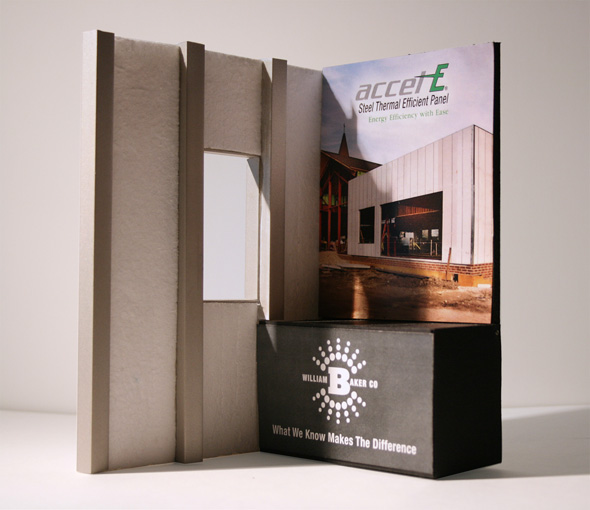 All quarter long, each of us in the class developed a trade show booth design for a local company. I chose the William Baker Co., a manufacturer’s representative for the commercial construction industry. Their job is to promote certain products to architects and contractors who specify the materials for building projects. 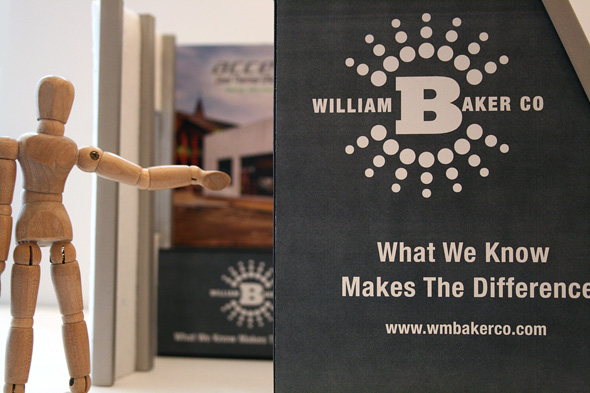 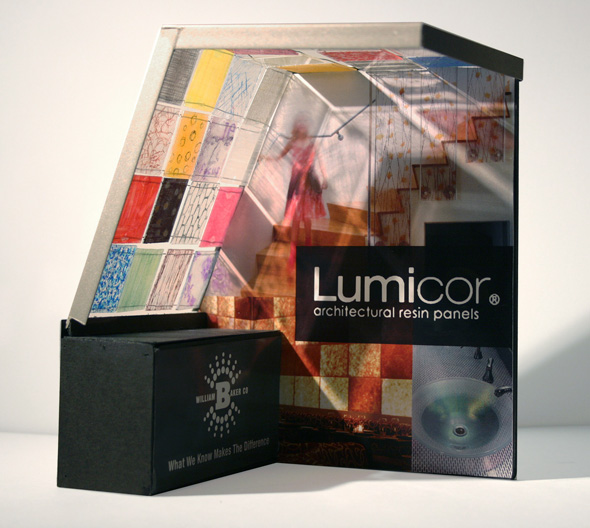 The important thing is to promote first and foremost the products that William Baker Co. represents, yet also helping people remember them as the reps. I decided to use the materials themselves in the construction of the booths, while featuring William Baker Co.’s lovely logo as often as possible. 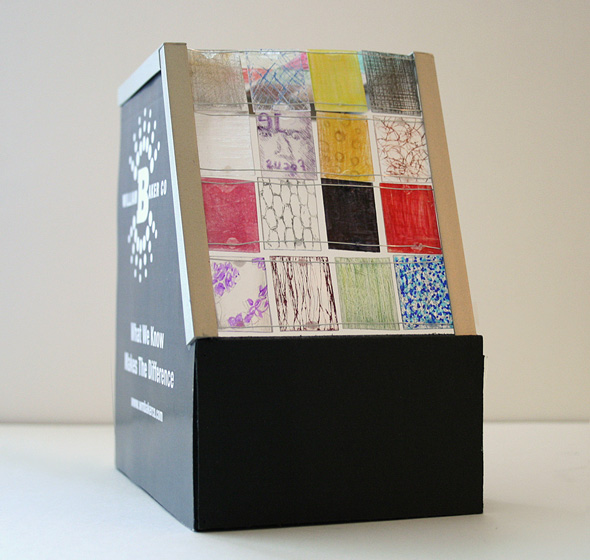 Two product lines that they typically feature at a show like this are Lumicor and Accel-E. Lumicor makes resin panels that can be used for countertops, light fixtures, dividers , etc. and come in an endless variety of colors, textures, and inlays. Lots of fun to show off. Accel-E are energy-efficient wall panels that combine steel framing with expanded polystyrene. Less attractive, but still a great idea and very useful. 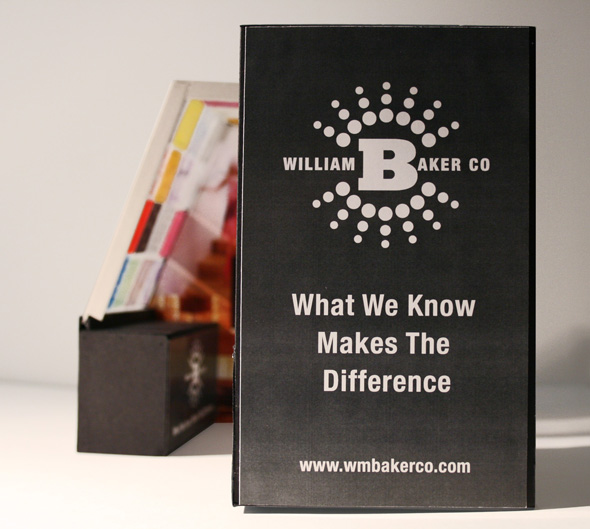 I created each brand to have its own little structure. These could be put together and rearranged in different configurations, but would together fit easily in a 10×10′ exhibit area. 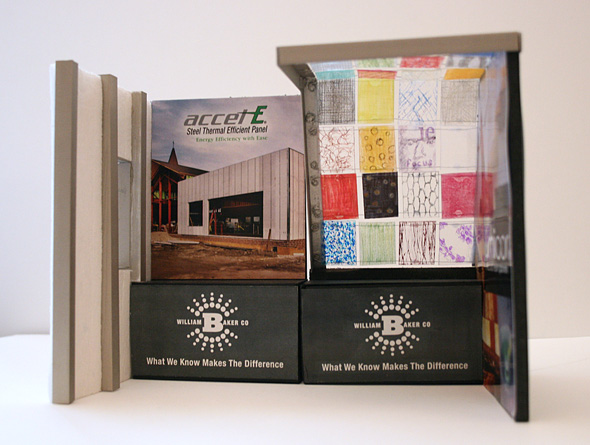 Our instructor, Scott Chenoweth, worked hard to get a group of graphic designers excited about creating scale models. I discovered the world of styrene, Krylon brand spray paint, superglue, and the many properties of foam core board. 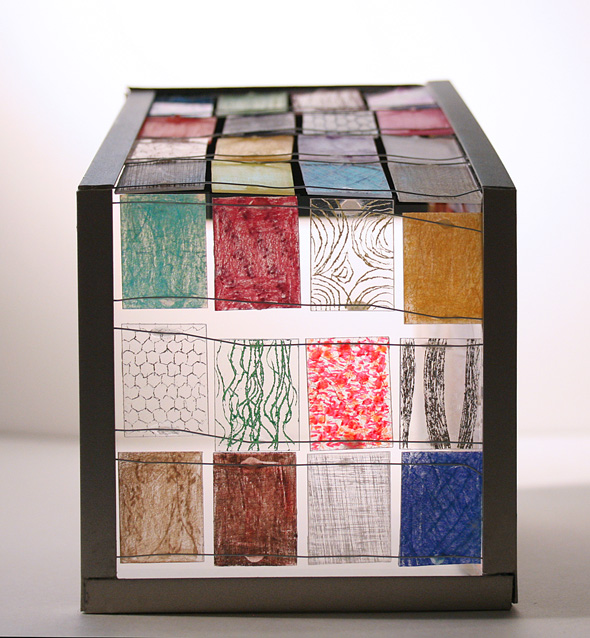 To top it off, I made a document with the floor plans and elevations. 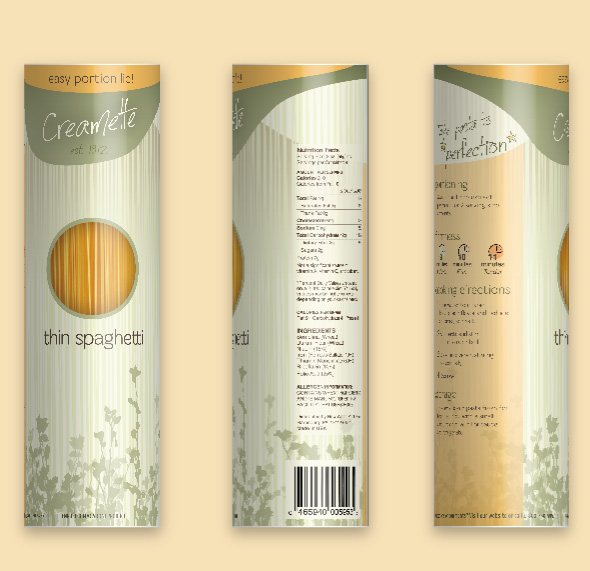 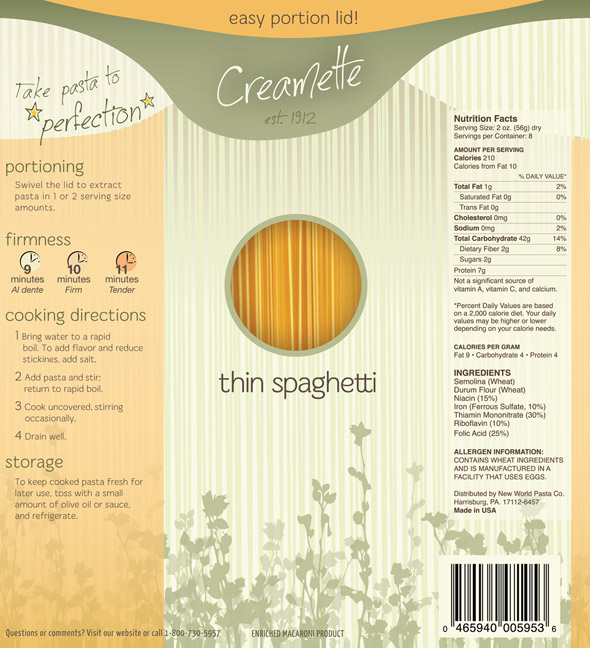 Somehow, I got through three years of graphic design courses before ever having to attempt a cylindrical package design. I’m not sure how that happened, but I know how awkward it felt trying to determine how much of the design was going to be visible from a given angle!

My goal was to update Creamette’s feel and move the design forward from its original cardboard box. This repackaging assignment was part of a class called 3D Design.

AND, by using a cylinder (a Pringles can made a perfect prototype), I could implement a new kind of dispenser lid ( which I am not showing in case I decide to patent it one day. Really.) 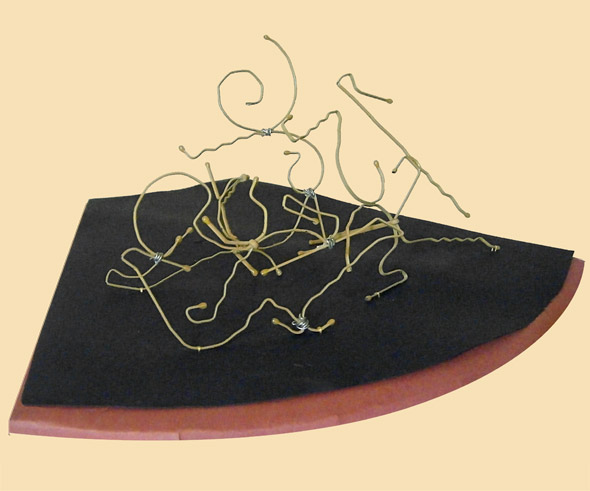 This little sculpture was a warm-up challenge for 3D Design class. I used found objects to express the essence of a brand that I like: the Hoefler & Frere-Jones type foundry. I think they are defined by excellence, purpose, intelligence, and wit.

Hence, the feel of this sculpture. I learned that bobby pins have elegance, you just have to know how to draw it out of them. 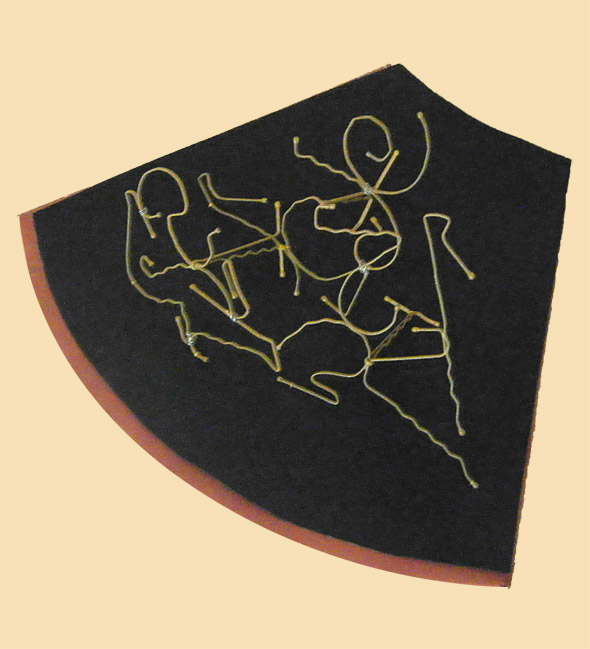